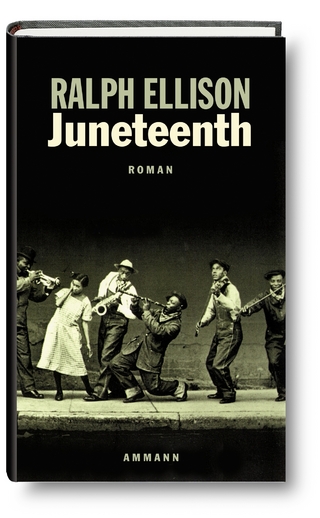 Invisible Man, which Ralph Ellison had published in 1952, was one of the great debuts in contemporary literature. Alternating phantasmagoria with rock-ribbed realism, it delved into the blackest (and whitest!) corners of the American psyche and quickly attained the status of legend. Ellison's follow-up, however, seemed truly bedevilled--not only by its monumental predecessor but by fate itself. First, a large section of the novel went up in flames when the author's house burned in 1967. Then he spent decades reconstructing, revising and expanding his initial vision. When Ellison died in 1994, he left behind some 2,000 pages of manuscript. Yet this mythical mountain of prose was clearly unfinished, far too sketchy and disjointed to publish. Apparently Ellison's second novel would never appear.

Or would it? Ellison's literary executor, John Callahan, has now quarried a smaller, more coherent work from all that raw material. Gone are the epic proportions that Ellison so clearly envisioned. Instead, Juneteenth revolves around just two characters: Adam Sunraider, a white, race-baiting New England senator, and Alonzo "Daddy" Hickman, a black Baptist minister who turns out to have a paradoxical (and paternal) relationship to his opposite number. As the book opens, Sunraider is delivering a typically bigoted peroration on the Senate floor when he's peppered by an assassin's bullets. Mortally wounded, he summons the elderly Hickman to his bedside. There the two commence a journey into their shared past, which (unlike the rest of 1950s America) represents a true model of racial integration.

Ellison juggles the multiple ironies of race and religion with effortless brilliance and his delight in Hickman's house-wrecking rhetoric is contagious:

Bliss, I've heard you cutting some fancy didoes on the radio, but son, Eatmore was romping and rampaging and walking through Jerusalem just like John! Oh, but wasn't he romping! Maybe you were too young to get it all but that night that mister was 10,000 misters and his voice was pure gold.

The portion of Juneteenth that covers Bliss's ecclesiastical education--perhaps a third of the entire book--is as electrifying as anything in Invisible Man. In comparison, though, the rest of the novel seems like pretty slim pickings. For one thing, much of the plot--including Bliss's transformation from pint-sized preacher to United States senator--is absent. For another, Ellison's confinement of the two top-billed players to a hospital room makes for an awfully static narrative. Granted, he intended their dialogue to exist "on a borderline between the folk poetry and religious rhetoric" (or so he wrote in his notes). But this is a dicey recipe for a novel and Juneteenth veers between naturalism and hallucination much less effectively than its predecessor did.

None of this is to assail Ellison's artistry, which remains on ample display. The problem is that Callahan's splice job--which well may be the best one possible--remains weak at the seams. So should readers give Juneteenth a miss? The answer would still have to be no. The best parts are as powerful and necessary as anything in our literature. --James Marcus